The Astronomical Significance of Makar Sankranti

Makar Sankranti is celebrated on January 14th, and is one of the few festivals on the Hindu lunar calendar that are based on the Sun's position. But what does Makar Sankranti signify?

Since Makar Sankranti is often confused or conflated with Uttarayan, let's see what Uttarayan is first.

Uttarayan, (literally northern movement), marks the time at which the position of the Sun reaches the southernmost point in the sky and begins its shift northward. This is also known as the winter solstice, and marks the first day of winter. In the Northern Hemisphere, this day is the shortest day of the year. This falls on December 21st or 22nd every year.

This change in tilt causes our seasons. Between the two solstices, we see two other astronomical events in March and September where the Earth's tilt is effectively 0º from the Sun's standpoint. These mark the vernal and autumnal equinoxes, or beginning of spring and fall. 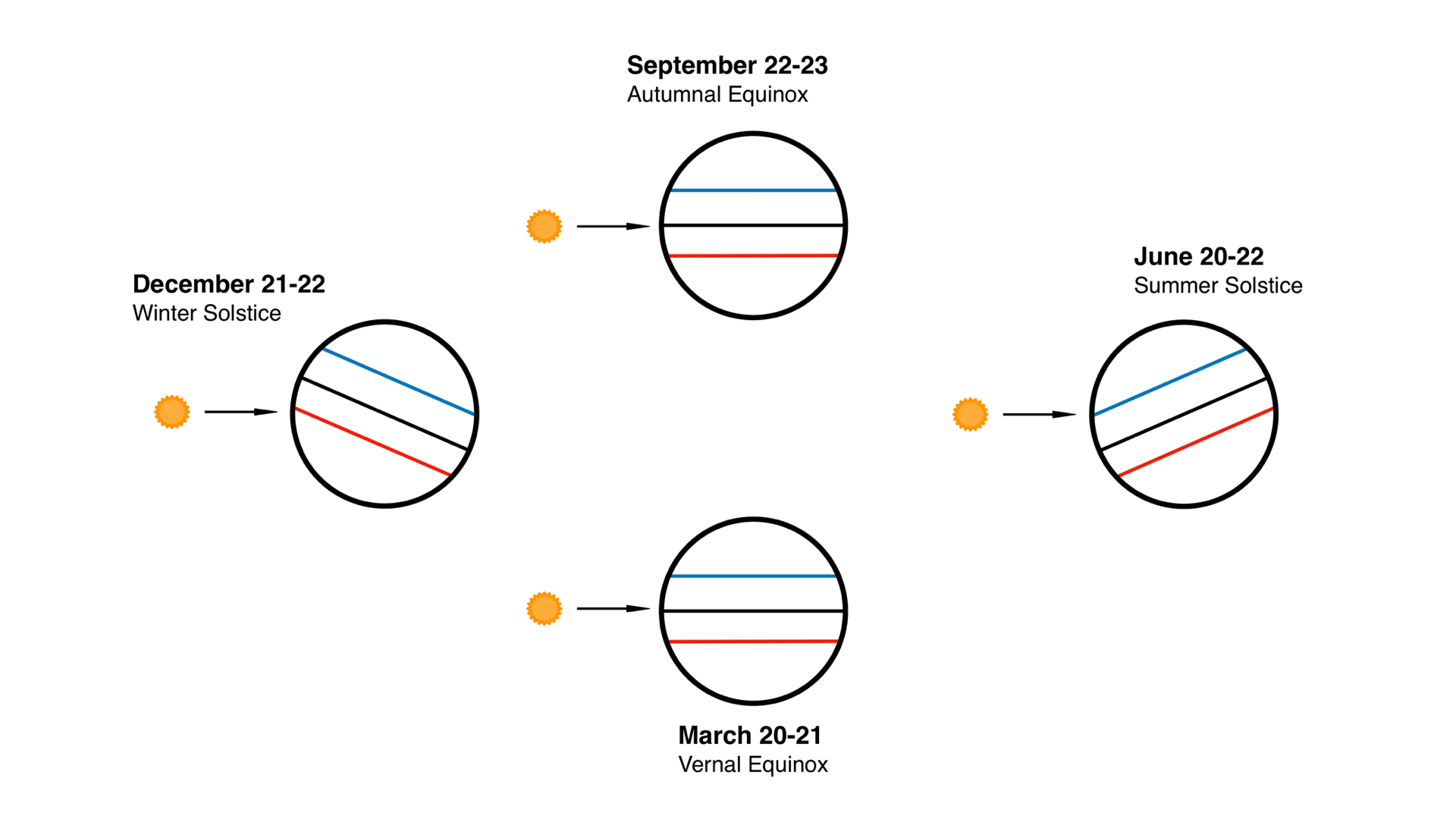 The 4 seasons correspond to these 4 astronomical events surrounding the Earth's tilt and the Sun. Red line is Tropic of Capricorn, black is equator, blue is Tropic of Cancer.

During Uttarayan, or the winter solstice, on December 21st / 22nd, the Sun reaches tangential to the Tropic of Capricorn, an imaginary line 23.5º south of the equator (the same degrees as the tilt in Earth's axis).

But why is it called the Tropic of Capricorn?

Meanwhile, the Vedic zodiac, used in India, accounts for a 26,000-year long wobble cycle in the Earth's rotation that causes the position of the zodiacs to shift in the sky.

Comparing the two zodiacs on December 21, 2021 — Uttarayan and winter solstice — we can see that on in the Tropical zodiac, the Sun is exiting Sagittarius and entering Capricorn. 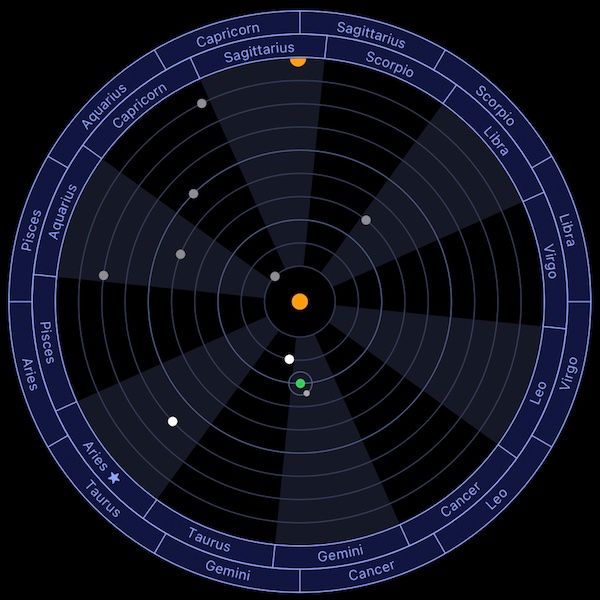 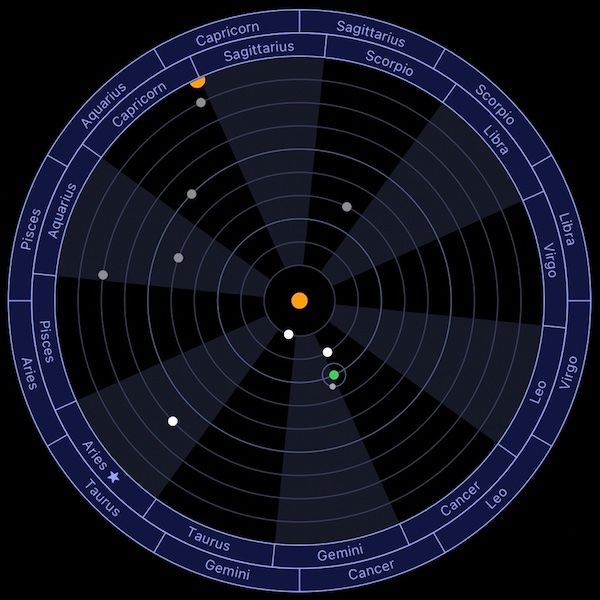 To see how far into the 26,000 wobble cycle we are in, we just need to find the time when both zodiacs matched. The last time this happened was approximately in year 370. At that time, the Sun entered Capricorn in both zodiacs on December 21st. 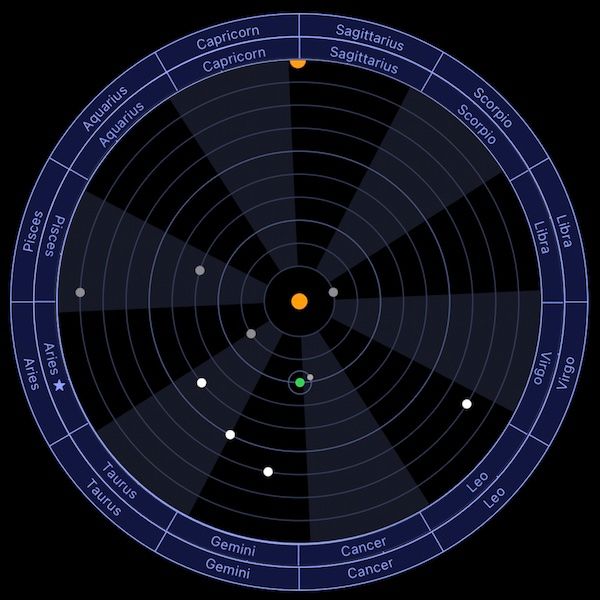 This shows us three things.

First, in year 370, Makar Sankranti and Uttarayan were on the same day. The Sun touched the Tropic of Capricorn, and it entered the Capricorn zodiac at the same time. So while both festivals were equivalent at that time, it's clear that Uttarayan tracks the astronomical aspect and Makar Sankranti tracks the astrological aspect of the same celestial event. I think this is a perfect example of how close astronomy and astrology really are.

Second, using this observation, we can estimate that we are about 1650 years into the 26,000-year cycle and the gap between the two zodiacs has grown to about 23.5º in that time period (it's not immediately clear if this correlates to the Earth's tilt mentioned above). This means the rate of shift between the two zodiacs is about 1.3º per 100 years. What is not clear is if the wobble causes a full rotation of the Vedic zodiac, or simply a back-and-forth motion. If we assume a full 360º rotation and use the rate of 1.3º per 100 years, the zodiacs would once again be in sync in year 26,370. However, in a back-and-forth wobble, this would likely happen sooner, around year 13,300, and the Vedic zodiac would then move ahead of the Tropical zodiac for another 13,300 years. These are all based on my interpretations. More observations and calculations are needed to conclude which pattern is correct.

Last, we can only imagine how advanced the civilization must have been that not only observed these events, but properly accounted for a 26,000-year long cycle that is simply imperceptible over a normal human life span.